Ambitious ‘1,000 Trees’ Architectural Development Creates Its Own Microclimate in Shanghai

The latest project by British design and architecture firm Heatherwick Studio doesn’t look like other mixed-use developments. Sometimes compared to the fabled Hanging Gardens of Babylon, Shanghai’s 1,000 Trees pairs contemporary mixed-use programming with massive pillars elevating trees at different levels. The designers describe it as two forest-capped mountains emerging from the waterfront in Shanghai. The first phase of this ambitious plan is now open to the public.

True to its name, the development features over 1,000 trees and about 250,000 plants across its 15-acre site. More than simply creating a beautiful natural backdrop in the city, the selection of plants carefully considers the biodiversity of the area while forming its own cooler microclimate. Residents will be able to experience the unique ecology of 1,000 Trees while traversing the museums, restaurants, shops, cafés, and other amenities located across the development’s 300,000 square meters, or over 3 million square feet. 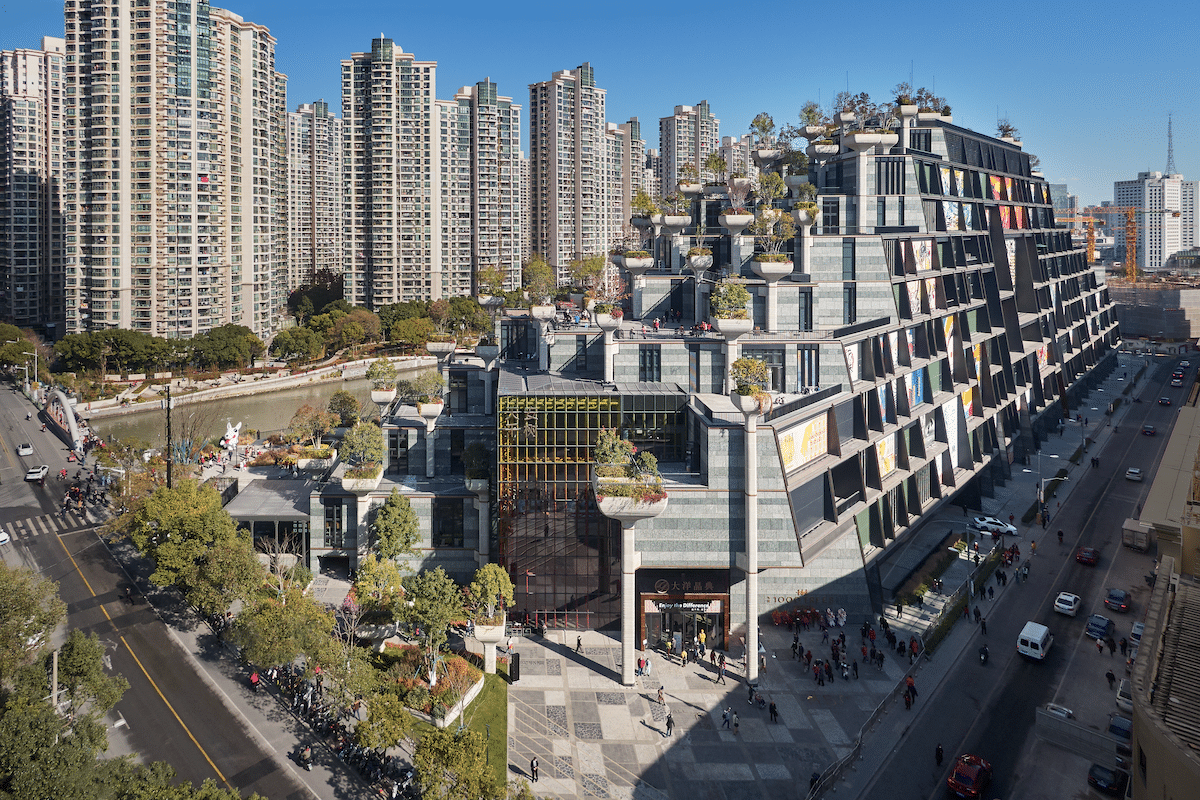 “1,000 Trees is inspired by the idea of making cities into social spaces,” says Thomas Heatherwick. “It breaks down the monolithic scale of typical retail development into a multitude of human-scale spaces. I think it will be transformational for people who live and work in this dense residential neighborhood.”

Part of the social component of the design includes referencing the popularity of street graffiti in the area and the importance of M50, a major art district located near the site. The work of 16 artists is included in the first phase of development, merging the new ecological intent of the project with the existing cultural identity of the area. The art is even introduced to elevator cores, allowing visitors to explore local and international artwork as they explore the development.

The second phase of the project is expected to open in just two years. Until then, you can learn more about Heatherwick Studio by checking out some of our favorite works by the firm: Vessel, a honeycomb structure made up of stairs and observation platforms, and the more recent Little Island. While both of these projects are located in New York City, you can see their work around the world on the Heatherwick Studio website.

The first phase of Heatherwick Studio's 1,000 Trees is officially open to the public in Shanghai's Putuo District. 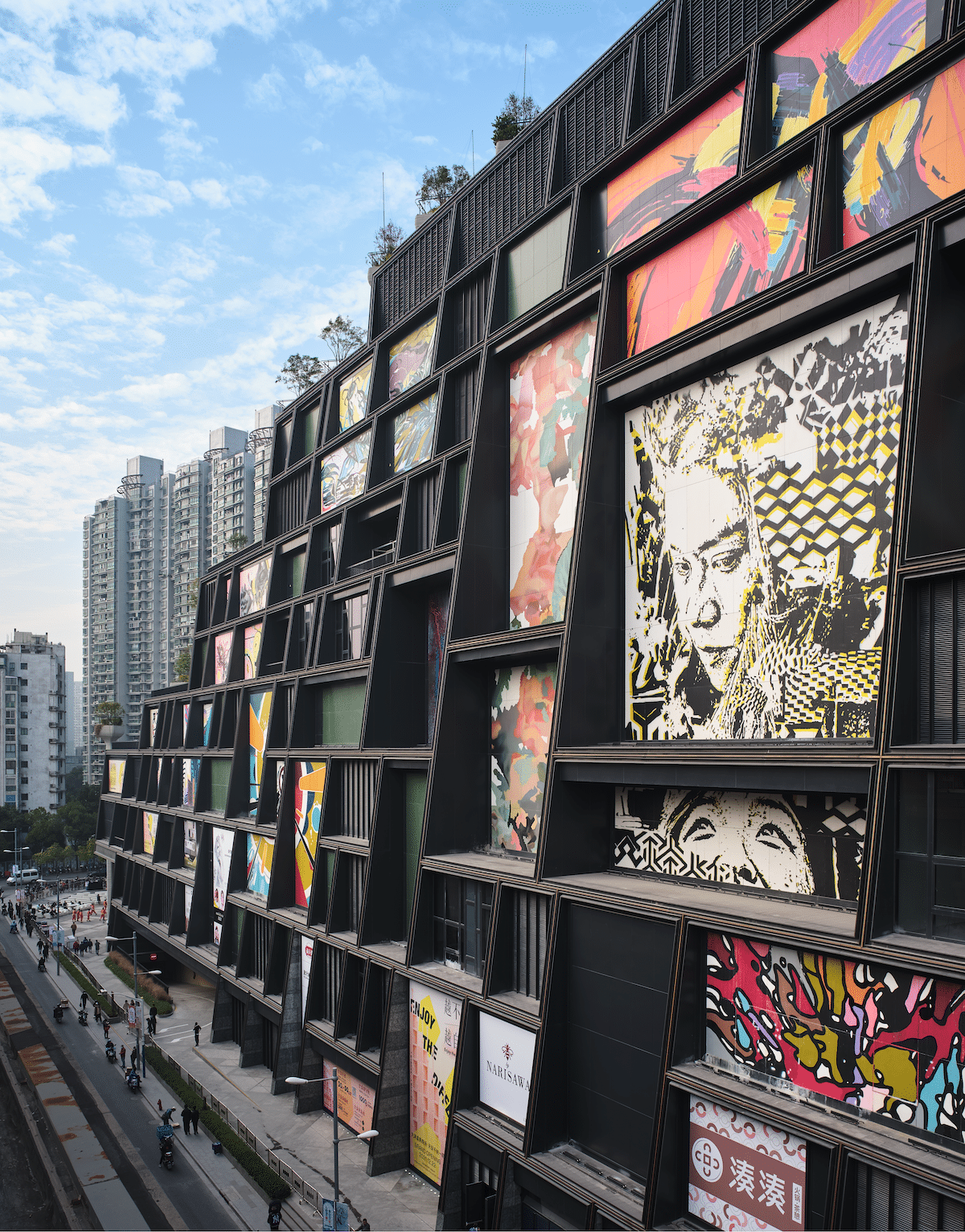 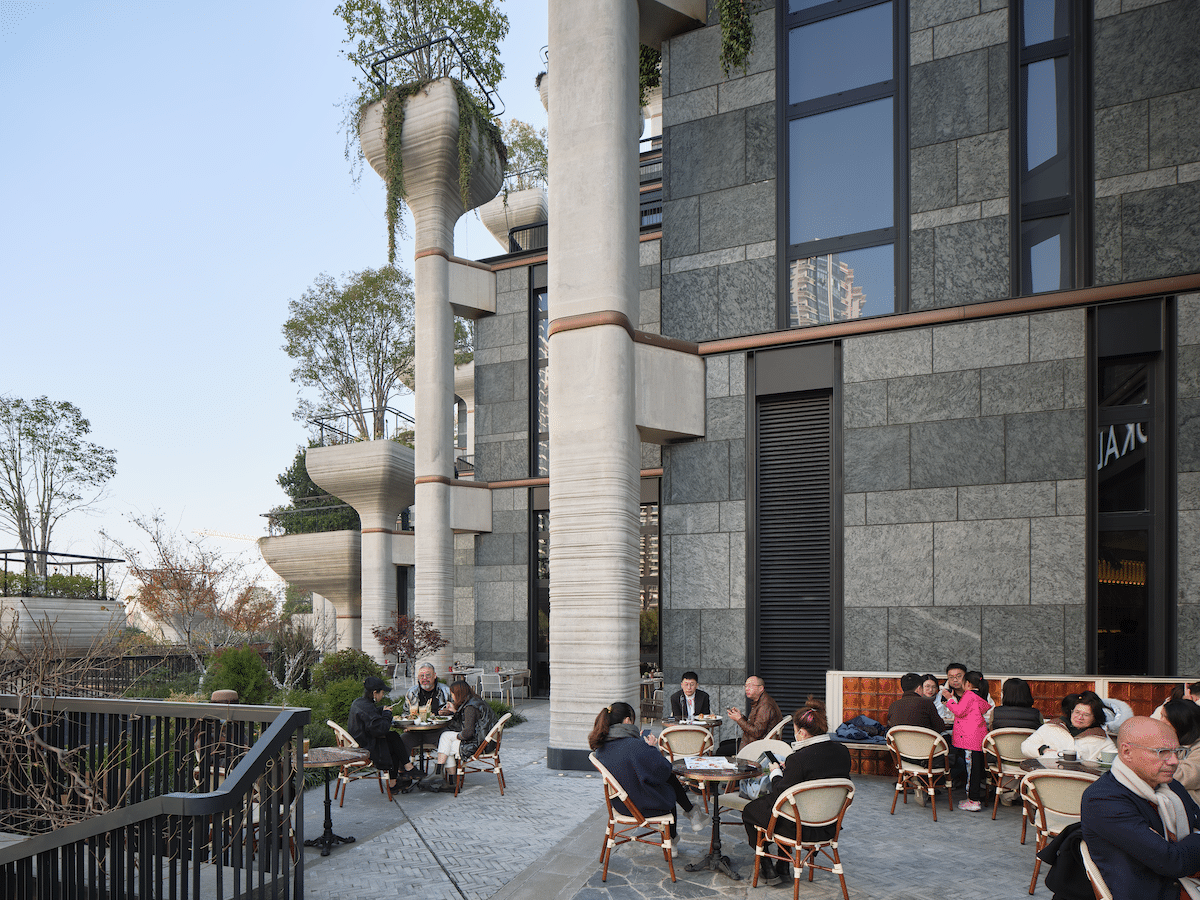 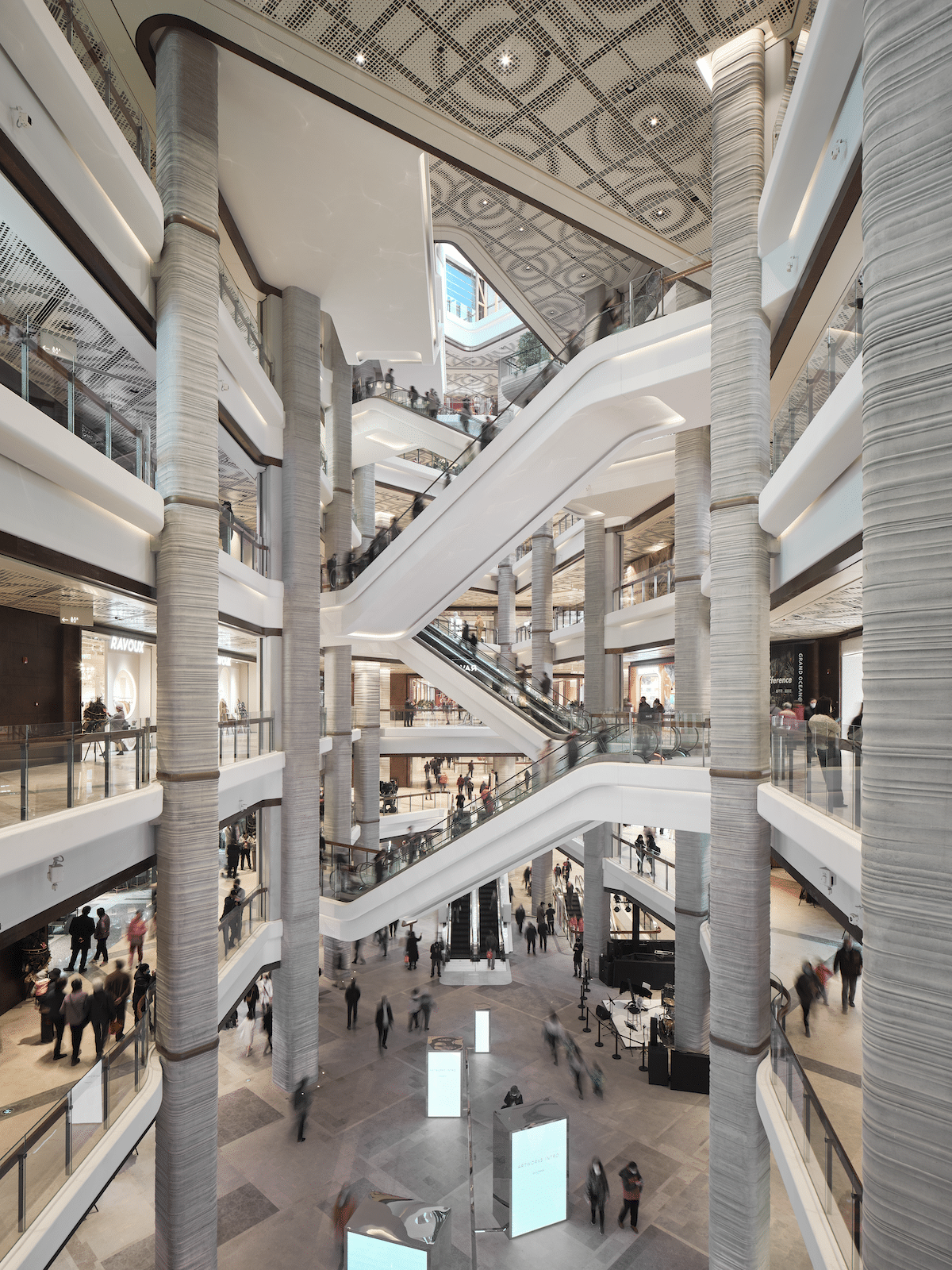 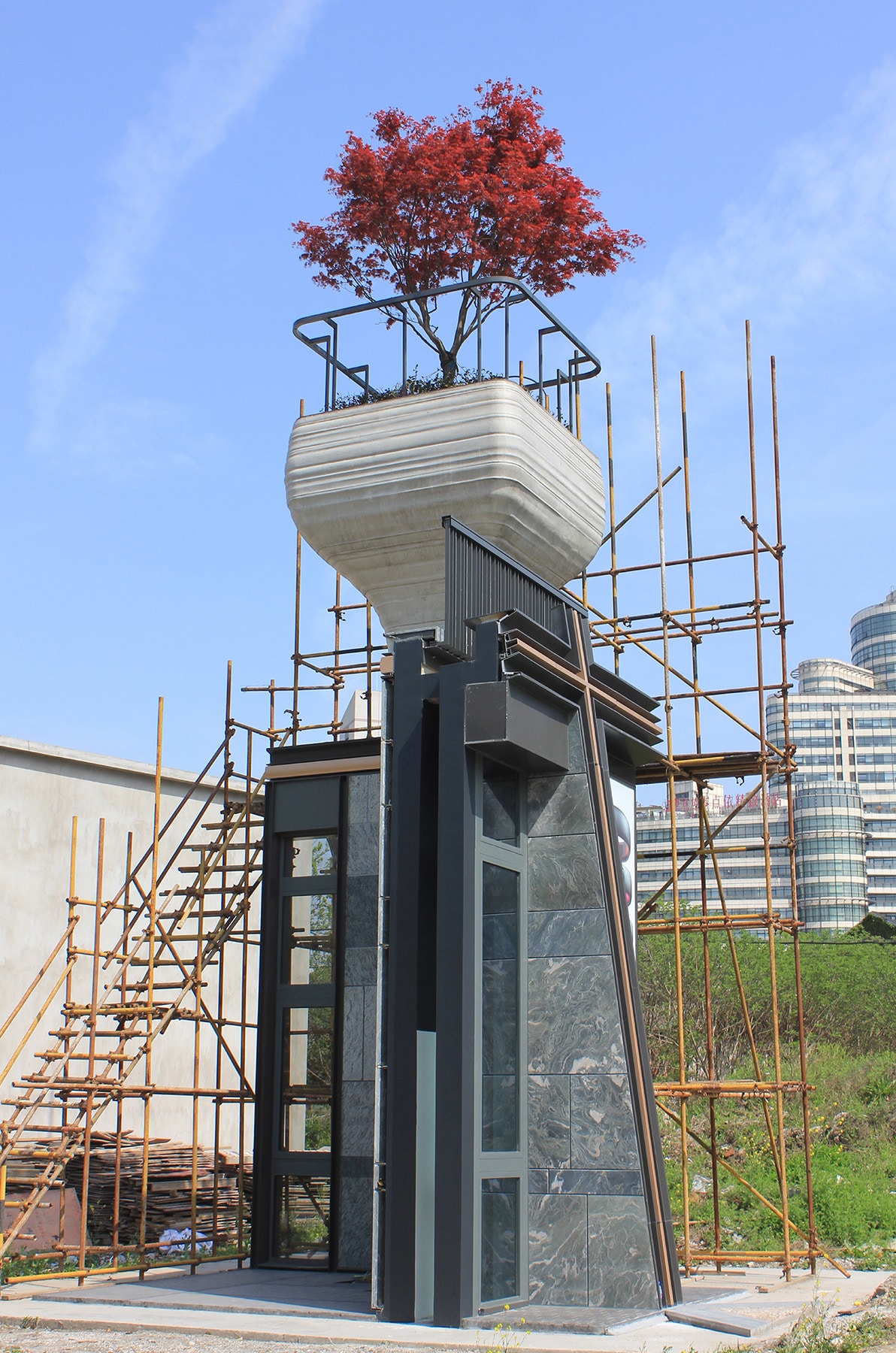 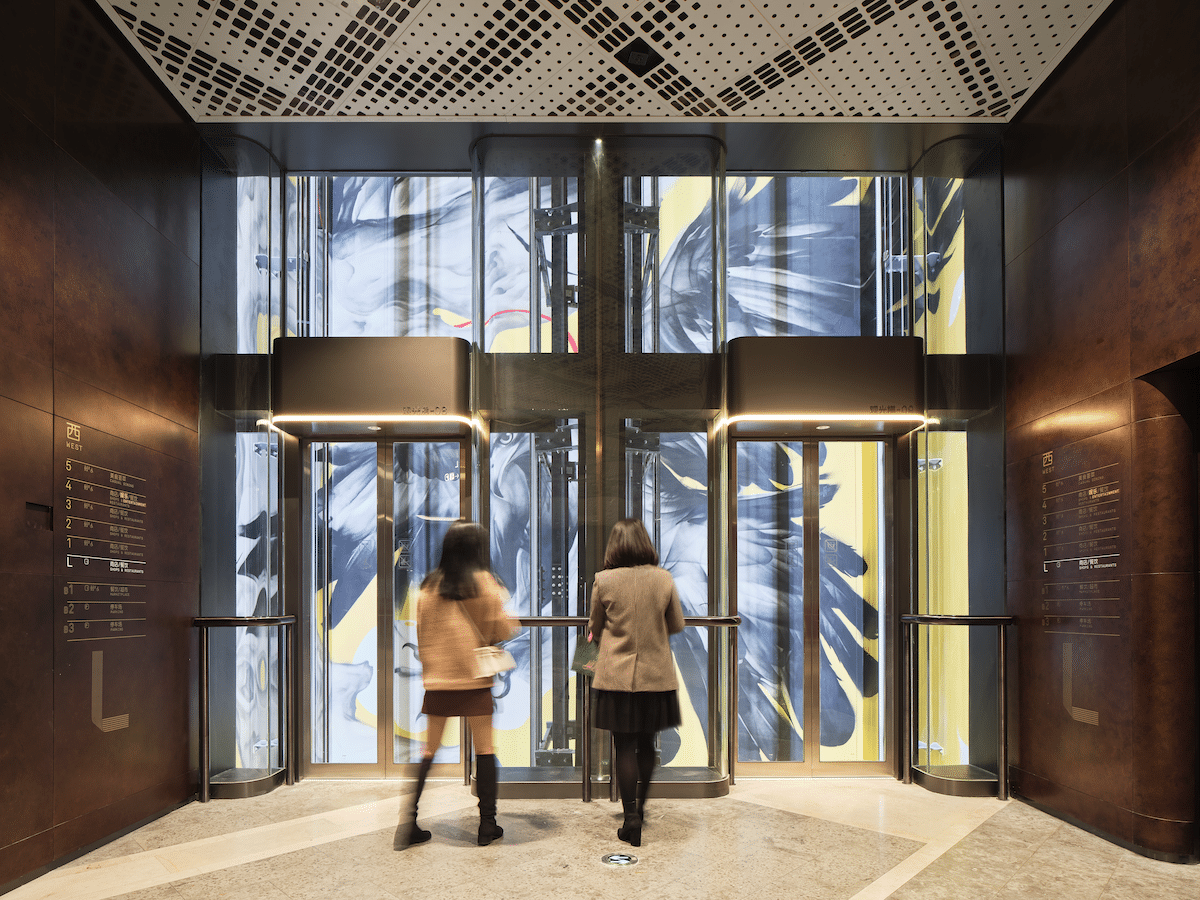 Stunning Sustainable Pavilion Is Made of Massive “Energy Trees”

Want to advertise with us? Visit My Modern Met Media.

Become a My Modern Met Member
As a member, you'll join us in our effort to support the arts.
Become a Member
Explore member benefits

More on My Modern Met

Incredible Winding Staircase That Looks Like a Rollercoaster in South Korea

Celebrating creativity and promoting a positive culture by spotlighting the best sides of humanity—from the lighthearted and fun to the thought-provoking and enlightening.